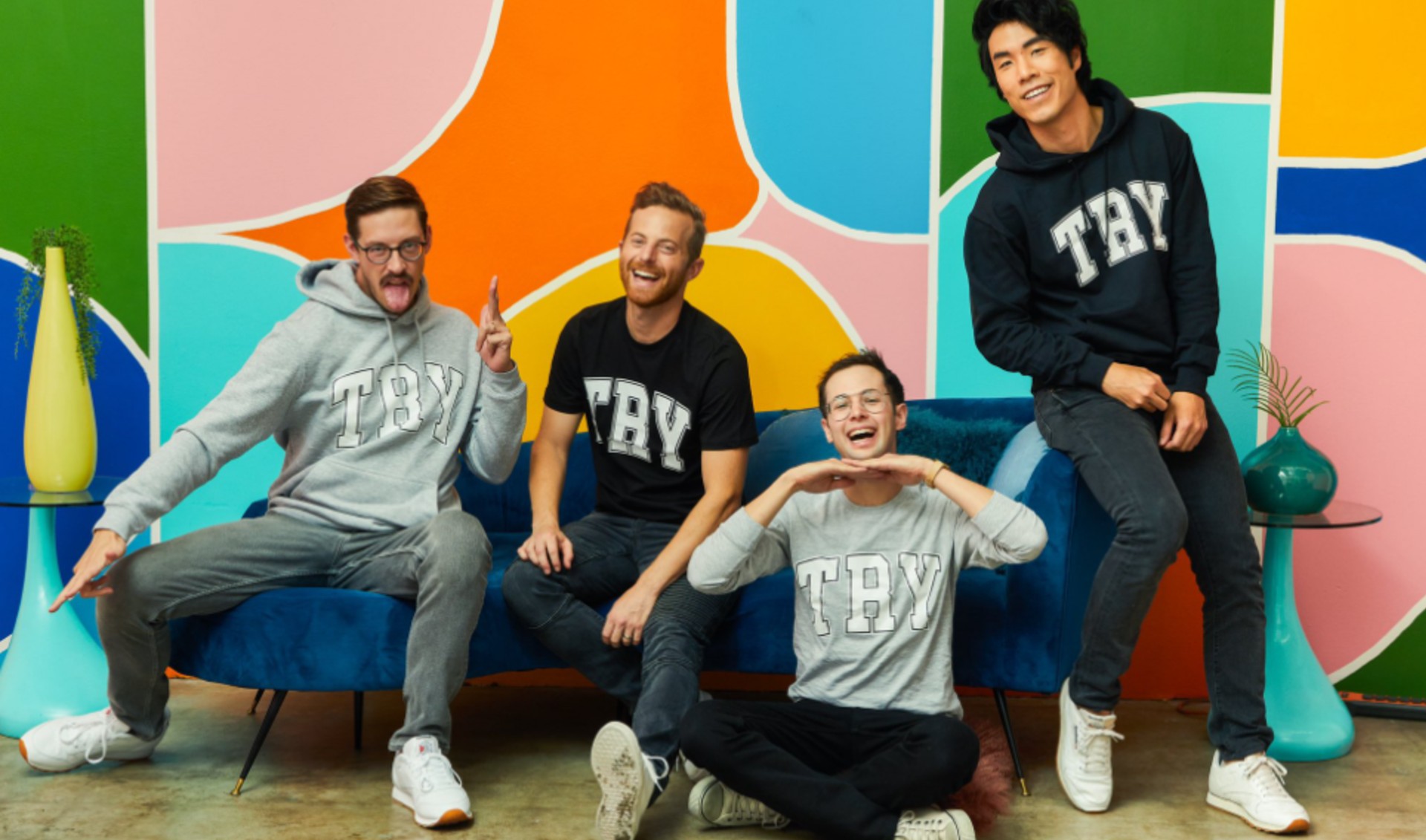 The Try Guys are coming to TV with a brand new cooking and travel vehicle entitled No Recipe Road Trip, which has just received a full-season order at the Food Network.

Back in February, the Food Network announced a one-off special of the same name, but has now ordered five additional episodes to comprise a six-episode first season, Variety reports. A premiere date has not been announced, though the series will be distributed on both television and nascent streamer Discovery+.

No Recipe Road Trip will see the Try Guys — Keith Habersberger, Ned Fulmer, Zach Kornfeld, and Eugene Lee Yang — attempting to whip up classic dishes and restaurant specialties in kitchens across America. While the pilot has already been shot, the remaining episodes are currently in pre-production.

“When we screened the pilot, we knew our audience would love a full series featuring this foursome’s audacious spin on cooking,” Food Network president Courtney White told Variety in a statement. “We’re eager to leverage and grow their following as we broaden their reach on Food Network.”

The series is based on Without A Recipe, an existing show on The Try Guys’ YouTube channel, which is home to 7.6 million subscribers and 40 million monthly viewers.

On a West Virginia Road Trip, Sample the Best of Appalachia’s Cuisine What did the ancient Romans eat?